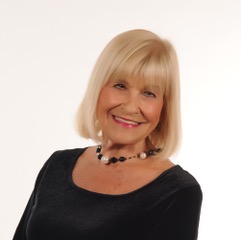 We were all so devastated to learn of the passing of our beloved Jackie Pierce, our NWC Parliamentarian, GFWC liaison, and so much more.

Jackie started her career as a teacher in the Midwest, initially with school children, and then at the college level introducing Women’s Issues to the curriculum. She was active in the GFWC in Illinois, serving as its state president and then rising to the International President of the GFWC in 2006 through 2008. She obtained her PRP, the highest level of certification as a professional Parliamentarian.

In 2009 Jackie became a full-time resident of Marco Island, and was very active in the Marco Island community as President of the Marco Woman’s Club, and on the Board of the Marco Island Center for the Arts. Naples also benefited greatly from Jackie’s talents, as she served on as a Trustee and Board member for the Shelter of Abused Women and Children, the Naples Woman’s Club, President of Greater Naples Leadership, Parliamentarian for the AAUW, Board Chair of the Women’s Board of the Community Foundation, while serving as the Florida Parliamentarian and Executive Board member for GFWC. She was honored as a Woman of Initiative in 2013, and by the Marco Island Center for the Arts for her commitment to education and appreciation of the arts in 2018.

We at the club also knew her for her talent in speaking, her colorful way of making a point, her sharp dressing (wearing 3” inch heels!) and attention to details at board meetings and beyond. She was also champion of GFWC through and through.

We will really miss Jackie and losing her so quickly should remind us what a role model she was and to treasure each day we have on earth!