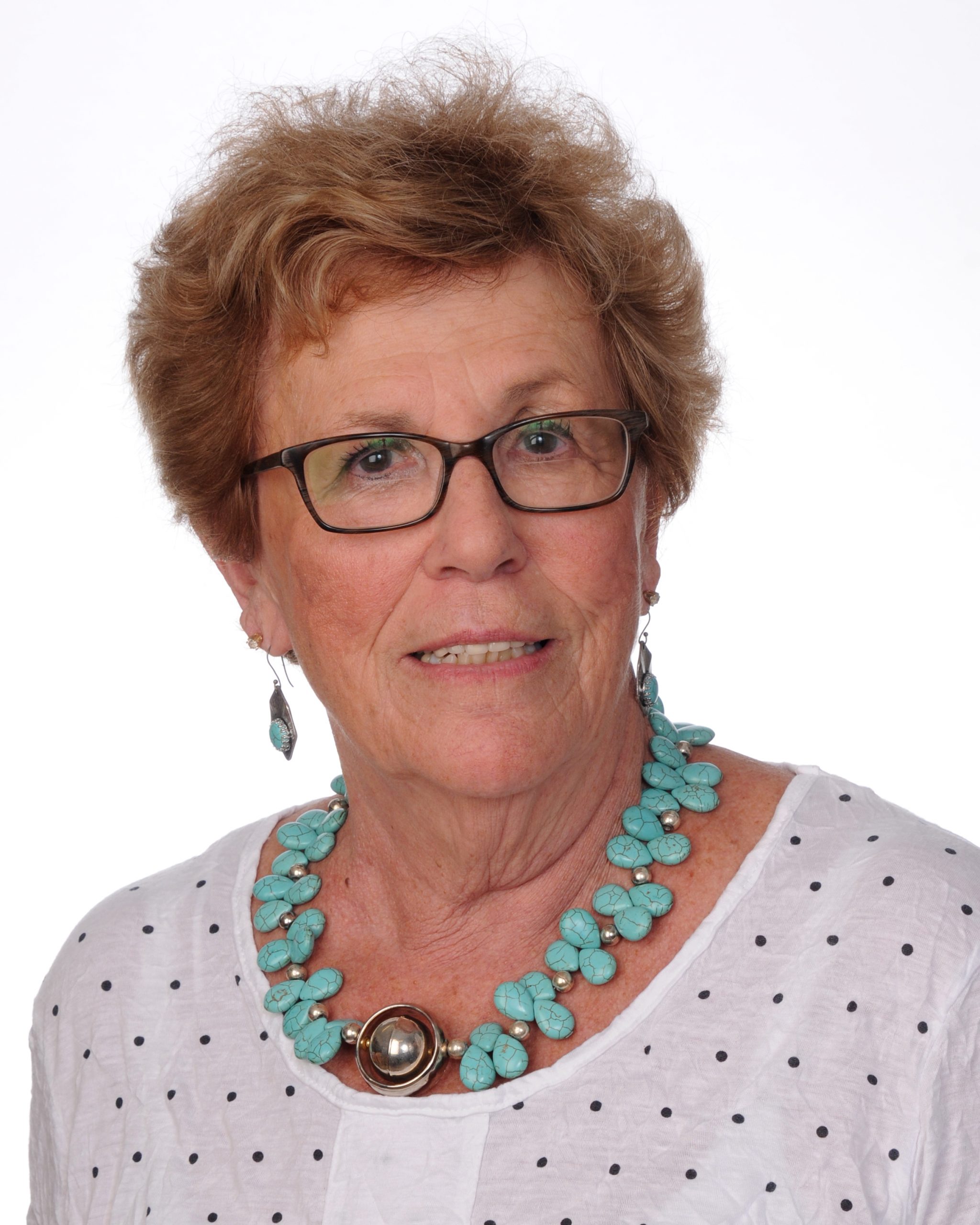 She graduated from Trenton State College, and got married 2 days after graduation. Elaine has been married for 58 years Dick Sulat.  She has 2 children, Craig, a radiology tech and Laura, an Optician. Also she has 2 grandchildren. Dylan(girl), 24, a graduate of Rutgers as an Economics major, working in New York City as a Budget Analyst . Her grandson, Jake, is a junior in high school. He will probably wind up playing drums in a band or making horror movies. So cool.

Dick Sulat was an insurance broker and Elaine taught 1st, 2nd and 3rd grade for 25 years. Elaine was president of Allaire Women’s Club in the 1980’s when cake sales on the tailgate of a station wagon were the major fund raisers.

Elaine joined NWC in 2013. She has always been on the Art Committee, now called Art/Culture. Over the years the committee has blossomed from participating in the GFWCNWC Arts and Crafts Competition, to having three first place winners at the State level. The committee has worked on the Artisan Marketplace, 2021 being the most successful yet. In 2022 the committee will be having a new event in partnership with the Naples Art District called “For the Love of Art.” Elaine loves making money, and volunteering for so many worthwhile causes.